How late it was, how late - An open letter to Neal Lawson at Compass

In response to Neil Lawson's open letter to the SNP

We did warn Labour that it would pay an expensive opportunity cost of getting into bed with the Tories. You didn't ask for our views but we hope you take them in the spirit they are meant.

I write as an ex member of the Labour Party and as a supporter of Scottish Independence. I believe in Democracy and I trust the Sovereign People of Scotland to be amazing.

Your Party did not trust the People. It lied to the People. It targeted our elders with Project Fear
and stirred up sectarianism. It took cash from the Conservative and Unionist Party and it spent it on bussing in paid canvassers and Unionists from all over the UK to the doorsteps of Scotland. Your Party fomented the tribalism which you now decry. 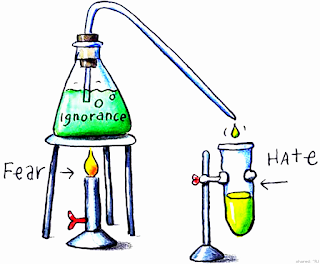 You say that we could be part of a UK wide progressive alliance? Really?
You expect us to believe that the Labour Party have changed? We don't remember receiving your apology.

The Labour Party has spent every minute in Parliament since Indyref stymieing every progressive idea that the SNP has put forward through Parliamentary process.
When Labour don't vote against our progressive ideas, they abstain.
We elected SNP representatives to Westminster look after the best interest of Scotland.

The Labour Party voted against Scotland having any more powers during the Smith Commission. Even the Tories wanted to devolve more powers than Labour.
Labour negotiators spent most of Smith Commission outside on the phone to London checking their tick list of what they were there to block.

Don't tell me that we can be part of a "progressive alliance" at Westminster.

Our experience of Labour (pre, during and post Indyref) is that of the sulky child who is not getting their own way. 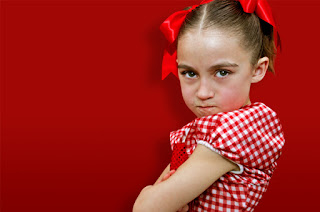 Your Party collapsed in Scotland because they got caught lying. Your own Party admitted it could not have won a NO vote without lying. Your word is no longer trusted.

Labour have exposed themselves as Unionists who care more for their own Party than they do for Scotland. You'd know that if you'd canvassed just one street in any town or city.

The People of Scotland will decide the where and when of the next referendum.

Your "vantage point" from which you base your understanding of Scotland seems to be a quick view of the pages of the Daily Mail and BBC News. Believe me, you have no vantage point if you cannot see what we see. We have not shifted our position. Independence for Scotland is the only practical way of building a better Scotland for all of her People.

You think our "incredible rise" is "tapering off"? You wish...

Our credible rise is still in progress. We will take the Councils in next year's May elections. These are Labour's last strongholds over public life in Scotland. Labour have been found negligent and profligate custodians of our Local Authorities. We will remove them from office.

You say a good society is possible without Independence?

To us, you sound like the liar Gordon Brown who promised us "federalism, as close to home rule as possible". Nothing you can promise us will be believed. Because we know, at the heart of your Party, you do not want us to be an independent Nation again.

You expect us to believe that Labour will help rid us of Trident? Introduce a basic income? End austerity? Renew the social fabric of our lives?

Let's get down to brass tacks. Those that voted YES voted for a better Scotland for all those things. Those that voted NO, were encouraged (by your Party activists using Tory money) to vote for what was best for their personal circumstances, not for our Scottish society as a whole.

You wrote to the wrong Party. The SNP are brimming with progressive ideas.

Turn your attention to your own Party who are riven by Blairites and Corbynistas.

The Labour Party lost England at the 2015 election. You'd already lost Scotland in 2011.

Do not concern yourself with a Tory rise in Scotland. There isn't one. The Tories are the opposition in Scotland. It was one of your greatest failings not to recognise that.

There can be no progressive alliance with a Party that we cannot trust. You voted against FFA for Scotland. You voted against us having more devolved powers. You voted against just about everything in the Scotland Bill. When we have a brilliant idea that would improve the lives of all UK residents, you abstain. You are also a Party of War. Chilcot can and should shame you into addressing that.

We do not want a part of your colonial constitutional convention. We do not want another Treaty of Union. We are on a path towards Independence. You'd do well to let that sink in.

You may have a new leader and shadow chancellor, but in Scotland, you still have the same old Unionists who wish to see our Country tethered to the United Kingdom. 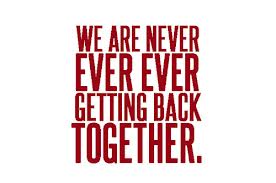