I have been greatly inspired by the book " Summer of Independence" (Stories from a Nation in the Making) by the fabulous map maker and founder of National Collective, Mr Andrew Redmond Barr.

It's a lovely wee book chronicling all the events of the summer of 2014 and the lead up to Scotland's first independence referendum. Get a copy. It's our history.

It's inspired me to think of all the activities we can engage in to further our goal. But first we need to think about how we approach our next steps to independence.

Who will be our troublemakers, our ambassadors, our shining lights?

Well that would be you and everyone you know and everyone they know. It's time to reconnect with your local YES group, your Women for Indy Group, Grannies for Independence and all the other fabulous groups within the YES family. Oh and get your YES badge back on. Declare your independence every day.

The media will try to sell you that YES equals SNP and that SNP are bad. YES is not the SNP. The SNP is one of many vehicles to an Independent Scotland. The media will demand that there be a face of the YES campaign and no doubt there will be another suit appointed to service that MSM demand - but we are all the face of the YES campaign and we need to make sure we are jolly ambassadors.


What resources will we need?

We need our alternative Scottish Media to thrive. It's message needs to be non-party political. It needs to be independence driven. We need people like the Independence Live team filming events, we need to support our own news websites and that means putting our money where our mouth is. There are indy news outlets to suit everyone's needs from Newsnet, Bella Caledonia, CommonSpace, iScot, Wings over Scotland and for ex Herald readers, the only independence supporting newspaper in the land, The National.

They all need money to do that - and let's face it they're not going to get lottery funding.

How we going fund our campaign?

If you believed the MSM then all the YES campaign had last time was a generous donation from the lottery winners the Weirs. In reality, the events portrayed in Andrew Barr's book, were funded by wee hotbeds of determined YES campaigners. We are going to have to fund this ourselves. We need to put the hat round now.

There are millions of people across the globe in our Scottish diaspora who we can approach to crowdfund our next YES campaign. In Canada alone there are 4.7 million people of Scottish descent. We need to network our big Scottish family across the world and get them invested in the next campaign. Our greatest export was (and is) our people. They are all Jock Tamson's bairns.

How we going to get our message across to those reliant on the BBC for their news?

We need to have our voices heard on the MSM. And if that means calling Kaye on her BBC Radio Scotland show to bust some unionist myth, then let's get on with it. 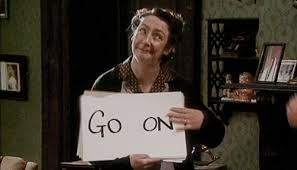 BBC Scotland has shelved their Scotland 2016 programme, but be sure they will find a replacement if they think that their "precious precious union" is in peril.

Our game should be to create content that the MSM cannot ignore. We need airtime for new voices and new faces. The MSM's address book is unionist laden. Let's make some noise. Let's get bums on studio seats.

Without the BBC and the unionist MSM, they'd have never secured a NO vote in 2014.
Check out  Mary Pitcaithy's face. She got an extra £37,000 in her paypacket for this. 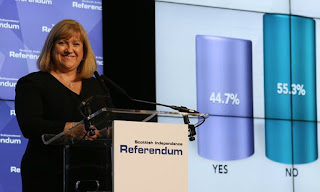 In 2015 I watched a presentation by Rob Shorthouse the Director of the Better Together campaign, on how he targeted the 40% of persuadable people in Scotland. Did you catch that? He reckoned there were 40% of the electorate who were willing to be persuaded to vote against their own Nation's independence. Here's the link to that 20 minute presentation. He tells you how he did it.
First rule of war - know thine enemy.

The UK Labour Party is in a fankle. It will split. It already has in Scotland. It's a sorry sight indeed.

There must be serious amounts of Labour voters now willing to admit that the only way we can avoid Tory rule of Scotland is to back independence. Go speak to them. They are hurting.

The time is right for another Summer of Independence. 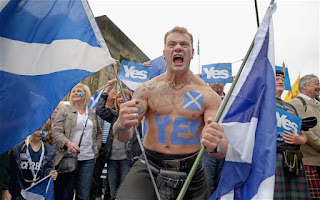 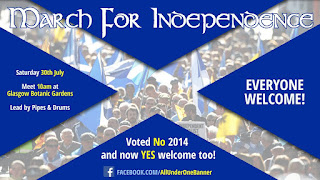