When the Article 50 button has been pushed and people realise the clock is ticking, then it's going to look like Mike Reid's 70's TV show "Runaround" as everyone finally decides where they stand on Scottish independence. 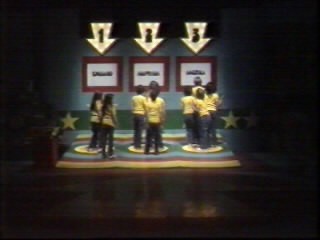 Never has there been a better opportunity to ask the "You Yes Yet?" question to those in your communities who voted no.

In the 'blue' camp, the Tory Party are hoisting May aloft as the next Maggie Thatcher. The election fraud they are accused of in 22 seats in England and Wales seem to have dropped off the radar. The BBC admit that 70% of their editorial comes from Tory Press Officers.

In the 'red' camp, the Labour Party seem hell bent on suicide. The Blairites and the Corbynites slug it out to the death. It is now apparent that even if Corbyn wins, the Blairites are intent on making the party unelectable in England.

Scotland looks on at this bampottery and says:
"Why are we still attached to this red/blue Westminster? Why are we having to endure Tory Government after Tory Government? And why does it fill up our news programmes 24/7?"

Today we see the publication of poverty maps that show Scotland is surviving, not thriving, in the union. That far from being the equal society that we all want to live in, our nation is doing very badly out of the union. The latest GERS figures confirm that the union is dreadful for Scotland.

We have been taken out of the EU against our will and everything that we were promised on the lead up to the first independence referendum was a lie.

What's is it going to take to make those No voters that believed all the promises turn yes?

What is it going to take to get our people to realise that no matter how much they promise us, they will never deliver on those promises and that Scotland will be better off as an independent nation?

Get your people to start noticing the anti-Scottish independence propaganda. Get them to read past the headline of the newspaper story. Better still, get them to give up the unionist newspapers that are punting out anti-Scottish pap day in, day out. 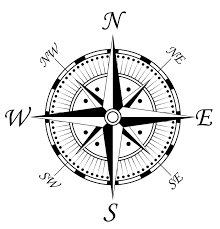 There are lots of different types of No voters.They all arrived at their particular no from a different part of the compass. Therefore, we have to keep asking the "You Yes yet?" or the "What's it gonna take for you to vote yes?".

Once you have found out why they voted no, you can start to make some movement on their compass. Never assume they were just too feart.

What you've got to do is get no voters away from the mindset that this is party political, it isn't. The struggle other countries went through to become free of London rule was never done in a party politics way.
We've been corralled like cattle by the mainstream media into taking a party political stance on independence. So loosen up the party chat and open up the possibility chat. Another Scotland is possible.

Invite them along to your Yes meetings. Let them hear your speakers. Listen to their questions. Let them be heard.

I truly believe now that the only thing standing between Scotland and her independence is (and in this order):

I wish you all the very best with your talks with No voters. Strike up those conversations. You might even get a hug.

Remember:
It's not about Party Politics.
It's about what's best for their Scotland.